Book 4 in the Summer House Series

Six years ago Penny Munez made the mistake of leaving home too young and moving in with a man who beat her for recreation. She'd fled with the shirt on her back, no pants and no shoes and jumped into a car that had stopped at the traffic light, urging them to drive anywhere.  She didn't care where.  Now that she's on an island surrounded by water, the fear of looking over her shoulder hasn't stopped.  She doesn't trust anyone.  That is until Drake Sutton decided he was going to give her a reason to trust again.

Drake knows a dark past when he sees one because he’s lived it on the streets and done things to survive that he’d rather forget.  Now he owns a successful business and he's calling the shots. But can Drake's love break down walls Penny has fought hard to erect to keep her safe? 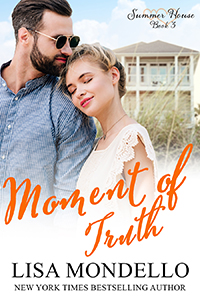 Book 3 in the Summer House Series

Sometimes the wrong love turns out to be right...

Heather Connelly made that dreaded mistake most young girls in love made. She followed a boy to Nantucket, convinced he loved her. And then got dumped in a public and humiliating way that ended in a pub brawl. With her heart ripped to shreds, she wanders the beach drowning her tears in a bottle of wine, trying to figure out how to give it one more try. She finds the open door to his suite on the beach and climbs into bed naked wanting to show him just what he'll miss. Their love making is electric and nothing like she'd ever experience before. She's convinced she's won him back. But the next morning she wakes and realizes...she climbed into the wrong bed. Can this wrong man be perfectly right for her?

Despite making his first million by 25 and then turning his small company into a nearly billionaire dollar empire, Slade Sullivan couldn't feel any lower. Recently divorced, he's gone to Nantucket Island, a place where he'd visited on many occasions as a child, to lick his wounds and regroup. When a beautiful woman climbs into his bed and begs him to make love to her, he can't resist. But in the light of day he realizes his huge mistake. She's nearly twenty years younger than him! He knows he should end it right there, but he can't resist this woman who makes him look at truths he's never wanted to see. Can their summer fling become a lasting love? 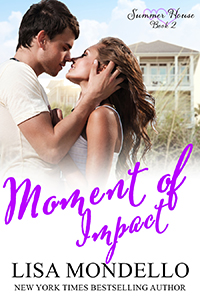 Book 2 in the Summer House Series

Do you remember that moment when you wanted time to stand still? When you could anticipate the train wreck ahead but had no way to stop it? Or stop the desire you had in your heart to protect the person you loved?

To Lily Carlson, running toward the oncoming train was better than being suffocated by her parents' goals and strict regime. While they wanted her to spend her days taking summer classes and then go to Harvard, all Lily wanted to do was dance and spend a summer on Nantucket Island living in The Bluffs, the name of the summer cottage she was renting with three other girls. She wanted to experience everything she'd missed. No curfews. No hitting the books and missing out on parties and meeting hot guys. She was finally free to be herself. And then she saw the man staring at her as she walked along the water's edge to work. She'd been dancing and it was clear he liked watching her dance. Drawn to him like a moth to a flame, she couldn't stop herself from seeking him out only to discover that he was a drug she couldn't resist...and everything her parents feared.

Gus Jennings knew that he was every parent's worst nightmare. He hadn't exactly lived his life on the right side of the law. He had his reasons, not that anyone understood them. There had never been anyone in his life who believed in him enough to care. He needed to spend a month working landscaping on Nantucket Island and keep himself clean or face the harsh consequences. He knew when he saw the beautiful Lily Carlson dancing down the beach on her way to work that he should just turn his head and forget her. But Lily was irresistible, and she'd made it clear that she wanted him. He only hoped that he could get close enough to touch her, to be with her, without his past coming back and destroying her future.

This series is a new adult erotica series that contains sexual situations that are not intended for readers under 18 years old. 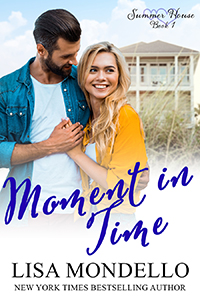 Book 1 in the Summer House Series

This summer isn't about dying.  It's about living.  Jenna Traynor has been given her life back.  After two years of chemo and missing out on college life, she is in remission.  Spending the summer working on Nantucket Island is a good place to start life again.  Hot guys everywhere, fun times at the clubs, long walks on the beach and beautiful sunrises and sunsets over the ocean from her back porch. Living life again was the plan.  And then she met Bobby...

On leave from the military, Bobby Callahan needs one thing: a quiet beach to run and train so his leg will get strong enough for him to return to his post.  For the past three years the only thing that made him get out of bed was the military.  He'd joined the service to get away from sympathetic eyes and worried faces.  He didn't count on meeting a girl like Jenna whose thirst for life made him break out of the walls he'd so carefully constructed around himself.  And once he realized she had his heart, he knew he never wanted to let her go.  And then fate stepped in...

This series is a new adult erotica series that contains sexual situations that are not intended for readers under 18 years old.

Sign up for my newsletter for a chance to win a free e-reader!

When you sign up for my newsletter, you’ll get updates on events and book releases, be invited to special giveaways, and a whole lot more! I’ll never sell or share your name or email address. You can change your mind at any time by clicking the unsubscribe link in the footer of any email you receive from me.

I need to confirm your email address.

To complete the subscription process, please click the link in the email I just sent you.